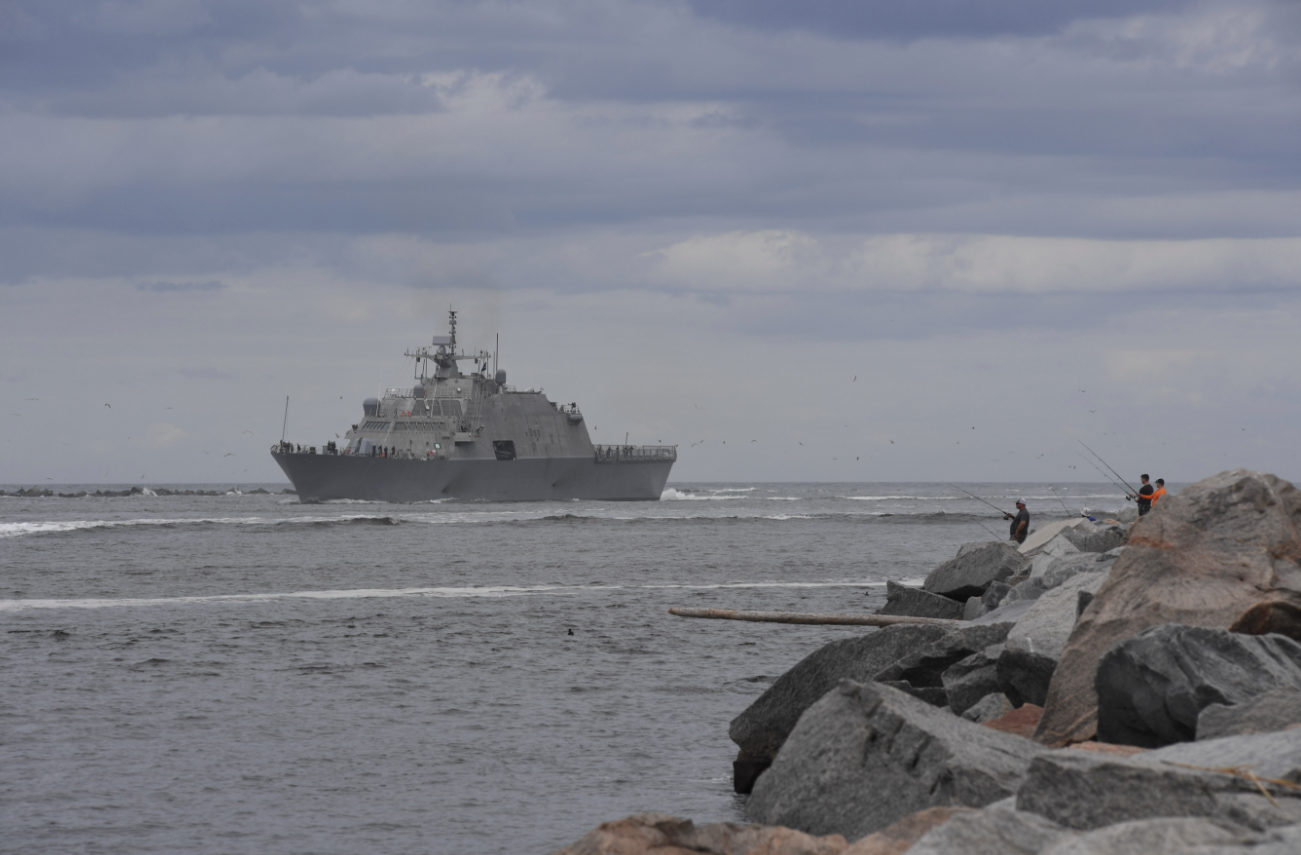 The littoral combat ships’ (LCS) homeport officially shifted from San Diego Dec. 22. NS Mayport will eventually become the home for all of the Navy’s Freedom-variant LCSs with Milwaukee and Detroit leading the way for LCSRON 2, which was stood up just over two years ago.

“The entire waterfront is excited to add Milwaukee and Detroit to the Mayport Basin, but none more so than Littoral Combat Ship Squadron 2,” said Young, who leads the squadron. “This team is ready to commence LCS operations in earnest from the east coast.”

Milwaukee was commissioned Nov. 21, 2015, in Milwaukee, Wisconsin. Since arriving in Mayport Feb. 19, the ship’s crew has successfully completed full-ship shock trials and is currently undergoing a planned maintenance availability at BAE Shipyard. Detroit was commissioned Oct. 22 in Detroit, Michigan. On Nov. 23, she arrived at Naval Station Mayport, where she has been conducting her combat systems ship qualification testing (CSSQT).

Slated to following them over the course of the next year are USS Little Rock (LCS 9), USS Sioux City (LCS 11), and USS Wichita, LCS 13) — all of which are yet to be commissioned.

The full story can be found here.