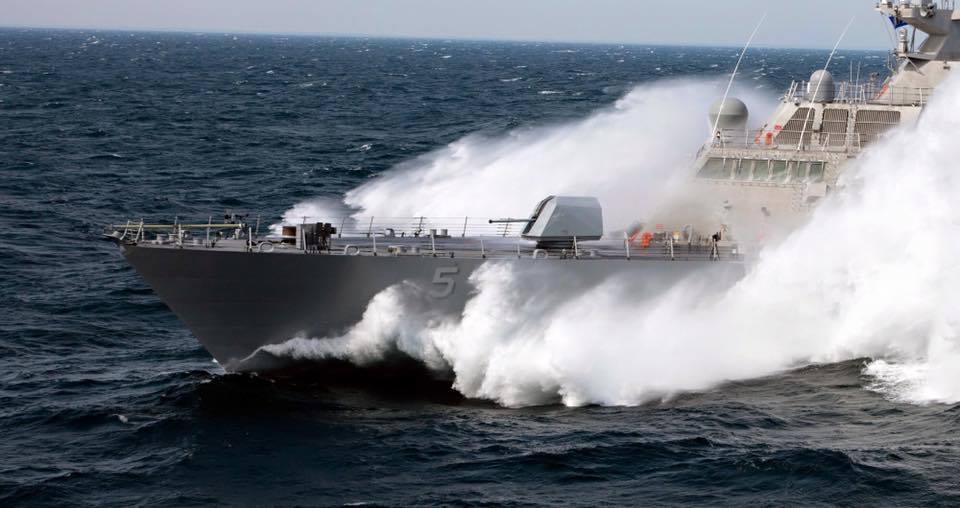 While the original USS Little Rock boasts a length of 610 feet, the newer PCU Little Rock LCS 9 measures out at 389 feet. LCS 9 might be smaller than its predecessor, but as a LCS or littoral combat ship, LCS 9 is designed to be swift and agile and primed for near shore combat.

The LCS 9, which displaces 3,400 tons of water, needs a powerful propulsion system to advance LCS 9 upwards of 40 knots through foreign and domestic waters. To achieve its world-renowned speed and serve as the fastest surface combatant in the fleet, She is equipped with 4 water jets that pump more than 1,976,000 gallons of water per minute.Her source of power doesn’t end there. Possessing a combined 113,710 horsepower between the gas and diesel turbines allows LCS 9 to maneuver with unparalleled accuracy and accelerate the ship from 0 to 40+ knots in less than two minutes.

The original USS Little Rock (CL-92), a Cleveland-class light cruiser launched in 1944 and converted to a guided missile cruiser in 1960, was decommissioned 22 November 1976, and is now a museum ship at the Buffalo & Erie County Military and Naval Park, located at Canalside in the inner harbor of downtown Buffalo, NY.