Crew Thanks Committees For Their Work on Commissioning 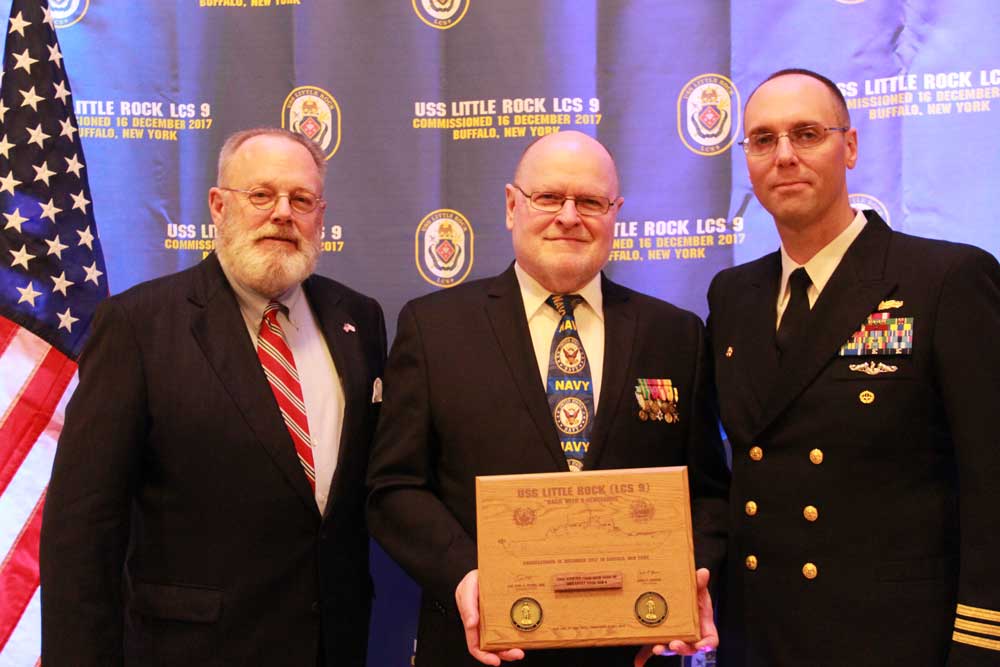 At the beautiful Hotel Lafayette in downtown Buffalo, the crew of the U.S.S. Little Rock thanked the hard work of the Commissioning Committee and the Namesake Committee, as well as the cities of Buffalo and Little Rock for all their support. After two years of hard work by all those involved, it was wonderful to see it all come together. 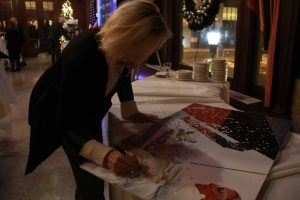 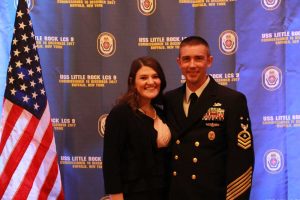 Honorary Plankowner plaques were given to the chairmen of both committees, Maurice L. Naylon III and Tom Prince, respectively. The plaques were given out by Captain Todd Peters. A Plankowner is a member of the crew at the time of its Commissioning. It comes with eternal bragging rights and they will always have a special relationship with the ship.

Tom Prince, Chairman of the Namesake Committee which was instrumental in placing the Commissioning in Buffalo, then presented the Captain with a handmade gift to show his appreciation.

With the Commissioning on Saturday, it’s full steam ahead for the crew and the committees, as everything is falls into place for this special event. 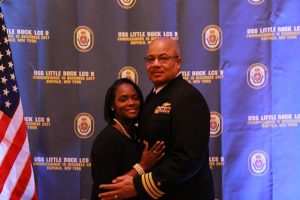 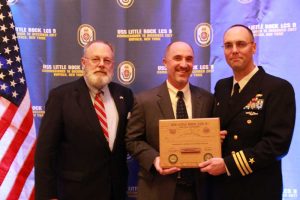