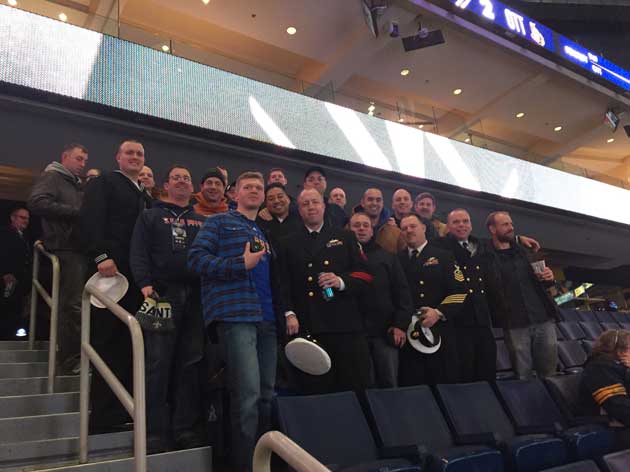 The crew of the U.S.S. Little Rock were treated to an excellent game of hockey at the KeyBank Center. With great seats and some time on the Jumbo Tron, the crew was excited to see the Buffalo Sabres take on the Ottawa Senators.

The Sabres played well, after a slow first period, they scored three goals in rapid succession, leaving no chance for the Senators to catch a breather. The third period swung the other way, with the Senators scoring twice, but the Sabres kept them at bay and won the game 3-2. 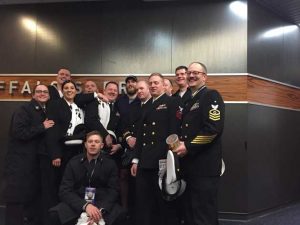 After the game, members of the crew went to the locker room to chat with the Sabres. The Sabres signed memorabilia and the crew were taken to their bench to get a view from right on the ice. With a great game and excellent tour, the crew had a time they won’t soon forget. 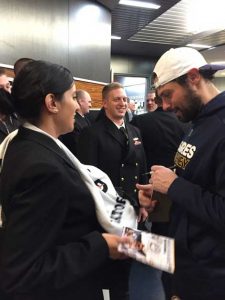 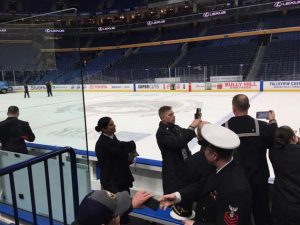