Crew of the Little Rock Cheer on the Buffalo Bills 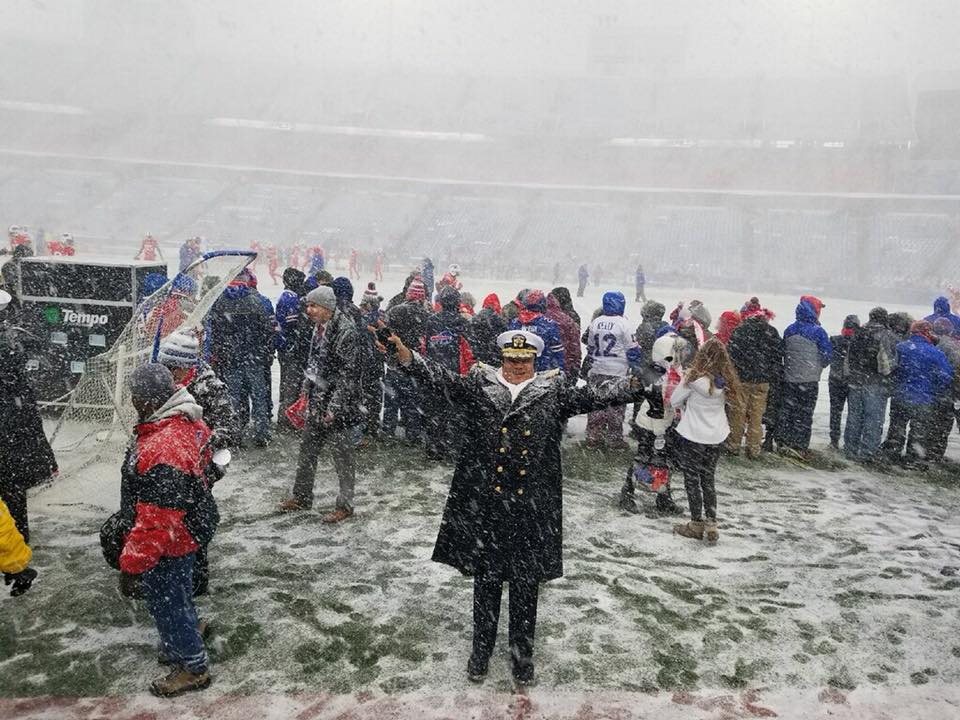 Before heading to their home port of Mayport, Florida, the crew of the U.S.S. Little Rock (LCS 9) went to New Era Field to watch the Buffalo Bills play the Indianapolis Colts. They were given a police escort to the field, which made them feel they were “being treated like rock stars”. That’s not all, their seats were right on the 30 yard line with a perfect view of the game.

It would have been easier to play hockey on New Era Field than it was football, but the Bills stuck to it and pulled off an overtime victory, 13-7. The fans cheered with snowballs at every point scored, puffs of snow exploding all-round the field. The game was a great back and forth slug match, all decided by who wouldn’t slip, and the Bills won out.

The crew weathered through it along with the most ardent Bills fans, in conditions so snowy that you couldn’t see across the field, sideline to sideline. The snow fell so fast it could turn you into a snowman in a matter of minutes, but the crew was there cheering on the Bills all the way to the final whistle. 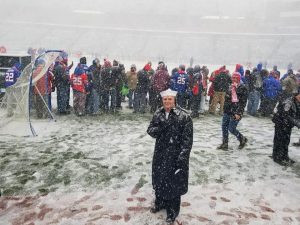