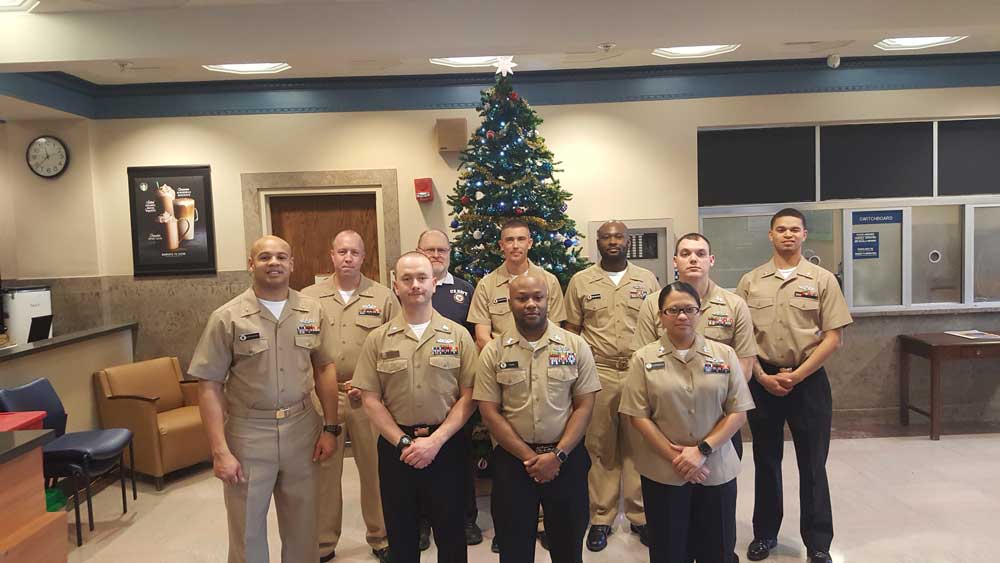 The crew of the U.S.S. Little Rock (LCS 9) went to two V.A. hospitals on Saturday, December 9th to visit veterans and give them their support. The crew went to the hospitals in Buffalo and Batavia, checking in on the veterans and helping out in any way they could, serving those who had already served.

The crew visited patients in hospice care and dialysis, making sure they were comfortable and hearing the stories of their service. The crew also made sure to rally support for the upcoming Army Navy game, one of the oldest rivalries sports can offer.

The veterans were glad to see the crew come and swap stories, and the crew was happy to be there for them. There was a great deal of respect which the crew had for the veterans, as well as the frank humor of the armed services. 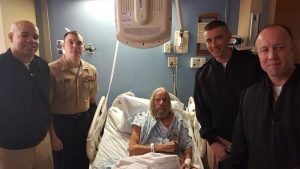 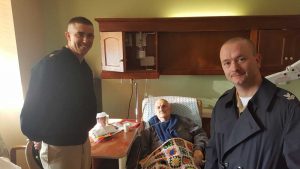 Signed posters were given the hospital as a gesture of thanks to the veterans. 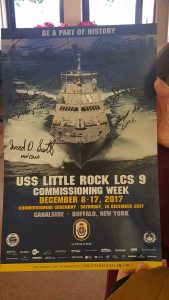