Christening Aboard the Little Rock 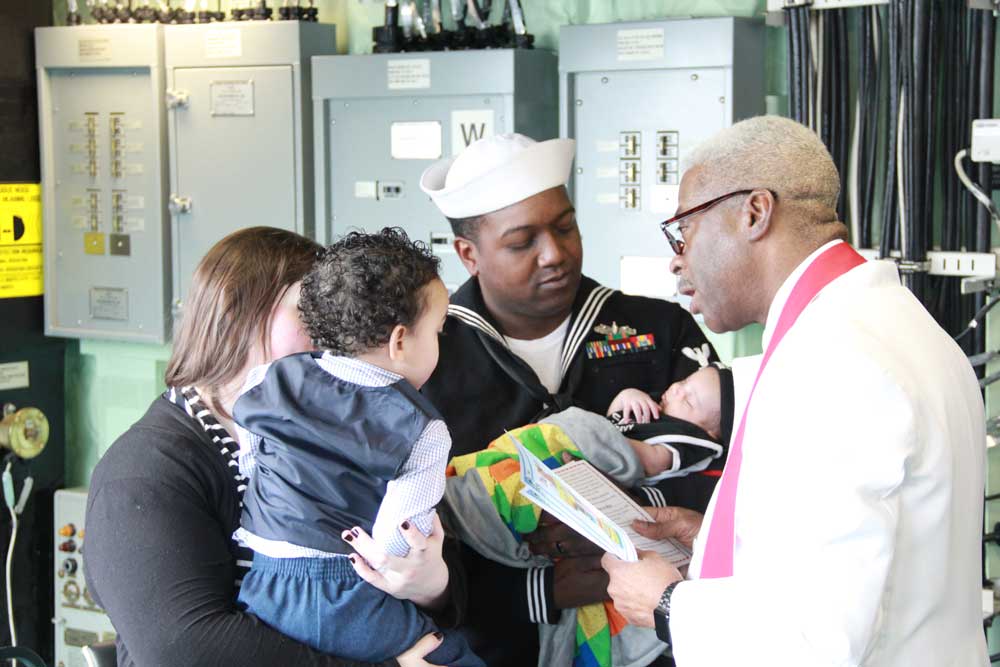 On the bridge of the U.S.S. Little Rock, the crew welcomed the newest members of their family, Marek (3 years old) and Lincoln (newborn), the children of Lindsay and Mineman Second Class Marcus Blye. The children were christened with holy water held in the ship’s bell in accordance with naval tradition. 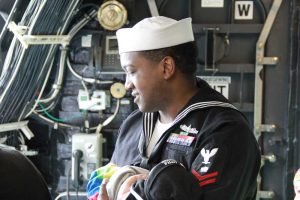 The christening ceremony itself was a short affair, with Lincoln snoozing away quietly in his dad’s arms. Marek had a great time on board the ship, looking out of the windows to the canal. There were smiles all around when Marek and Lincoln were christened. The chaplain blessed the children with the crew packing the bridge, happy for their shipmate and his family. 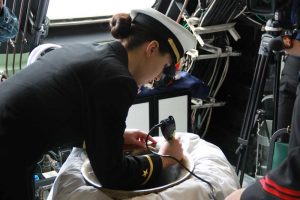 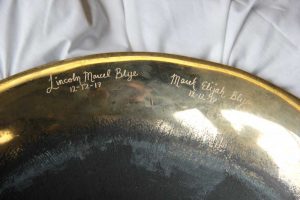