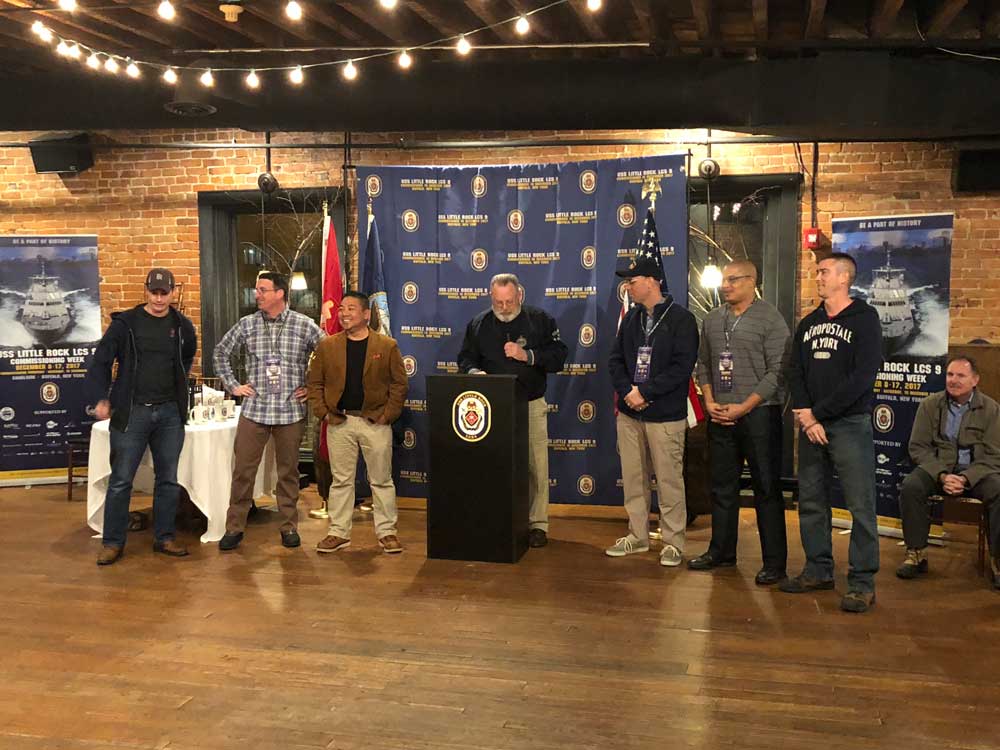 The cities of Buffalo, New York and Little Rock, Arkansas welcomed the crew of the U.S.S. Little Rock (LCS 9) to the city for the commissioning and thanked them for their service. Welcome speeches were made by the head of the Commissioning Committee, Maurice L. Naylon III and Tom Prince of the Namesake Committee.

Veterans of the old U.S.S. Little Rock (CG-4) were in attendance, thrilled that the commissioning would take place next to their old ship. The Little Rock Association, a society made of veterans of the old ship, campaigned relentlessly for the new ship to be commissioned by its namesake.  Their hard work paid off and they couldn’t be more pleased.

The Pearl Street Grill & Brewery hosted the event with all of the wings and pizza one could eat. With so many great events planned for them, the crew is grateful for the incredibly warm reception that they have been given.